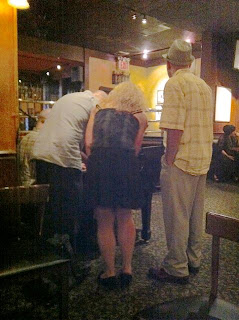 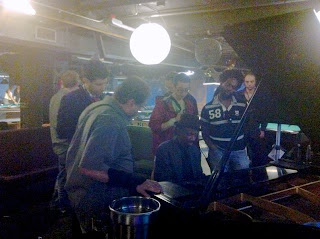 Mastering jazz, like any other art, is a lifetime effort. There's always something new to learn. But only in New York that you would see established musicians after their gig gathering and exchanging musical ideas like this. In the be-bop era, it is said that everybody was a student at 52nd Street, eagerly checking out each other for new idea. I guess that spirit still exists.